The Incom T-65 X-wing has become the mainstay starfighter and symbol of Rebel defiance for much of the Galactic Civil War.

Four realspace Incom 4L4 fusial thrust engines provide the X-wing with its speed and agility. Add a reputation for being able to withstand damage and its apparent why this fighter is a favorite among Rebel pilots. Although strictly a single-pilot ship, a socket located behind the cockpit houses an astromech droid which serves triple duty as navigator, technician, and co-pilot.

It was during the climactic Battle of Yavin, after the Y-wings of Gold Squadron had failed in their mission, that Luke Skywalker, flying in Red Five, heroically led the X-wings of Red Squadron in the destruction of the Empire's ultimate symbol of oppression - the Death Star.

To achieve the incredible space dogfights seen at the conclusion of Star Wars: Episode IV A New Hope, the technicians of Industrial Light and Magic built intricately detailed models which could be mounted on computer controlled model movers. Through a combination of model and/or camera moves, they were able to create spectacular imagery inspired by World War II aerial combat photography which George Lucas had used to choreograph this momentous battle.

Several hero versions of the X-wing were built, including one with a motorized mechanism which could open the "S" foils into attack position. Hero models were cast in resin from a master mold and assembled over internal metal armatures which allowed them to be mounted from a variety of positions while ensuring the mounting point remained hidden to the camera. Removable detailed plugs concealed the openings on the model. More symplified "pyro" models were built to achieve the dramatic images of starfighters exploding in conflagrations of flame and debris above the Death Star. 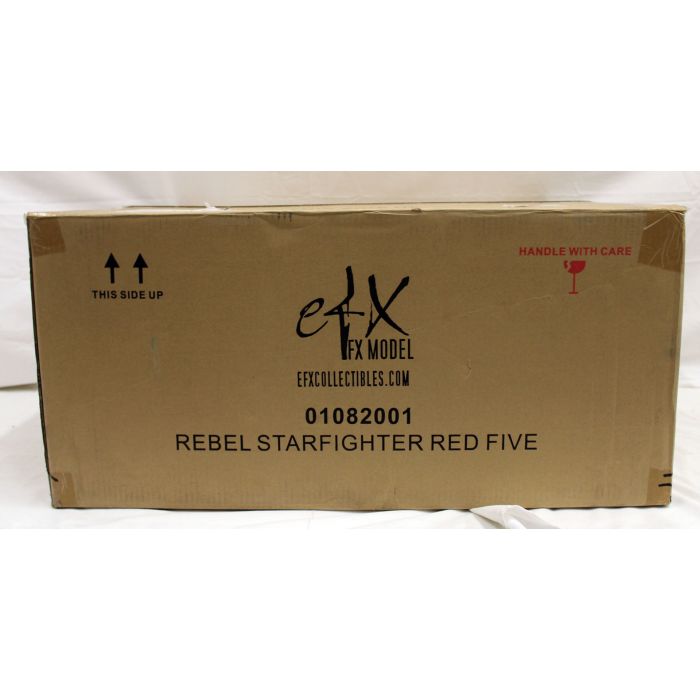