Out of stock
SKU
S18S6BGRANDMOFFTARKIN
$19.99
Add to Wish List

Kids and fans alike can imagine the biggest battles and missions in the Star Wars saga with figures from Star Wars The Black Series! With exquisite features and decoration, this series embodies the quality and realism that Star Wars devotees love. An ambitious, ruthless proponent of military power, Wilhuff Tarkin became a favorite of Emperor Palpatine and rose rapidly through the Imperial ranks. This 6-inch-scale Grand Moff Tarkin figure is carefully detailed to look like the character from Star Wars: A New Hope. Figure features premium detail and 9 points of articulation. Star Wars products are produced by Hasbro under license from Lucasfilm Ltd. Hasbro and all related terms are trademarks of Hasbro. 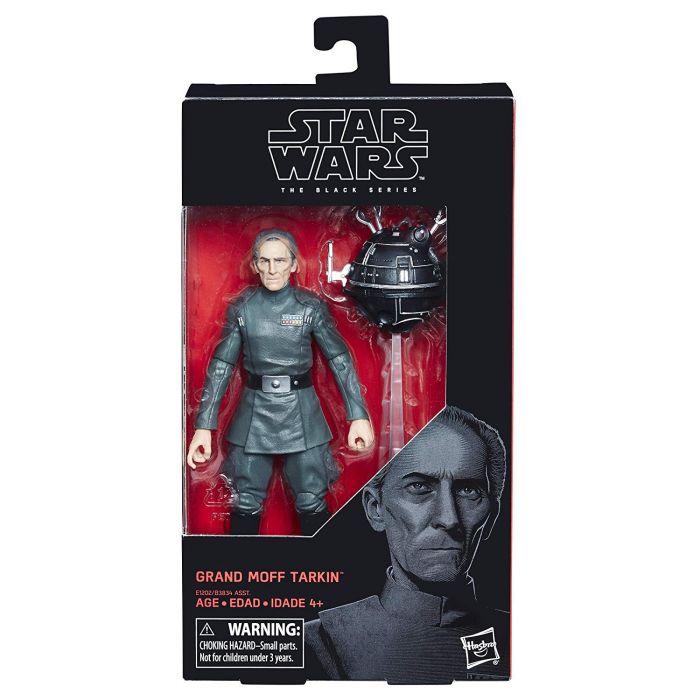