In stock
SKU
S18S6BDEATHSTARTROOPER
$21.99
Add to Wish List Add to Compare
Kids and fans alike can imagine the biggest battles and missions in the Star Wars saga with figures from Star Wars The Black Series! With exquisite features and decoration, this series embodies the quality and realism that Star Wars devotees love.

Death Star Troopers were the elite of the Imperial Navy who were stationed aboard the first and second Death Star. They were responsible for piloting the super-structure to its destinations and firing the superlaser on the orders of those in command of the station. They wore black uniforms and flared, reflective helmets.

Star Wars products are produced by Hasbro under license from Lucasfilm Ltd. Hasbro and all related terms are trademarks of Hasbro.
More Information
Skip to the end of the images gallery 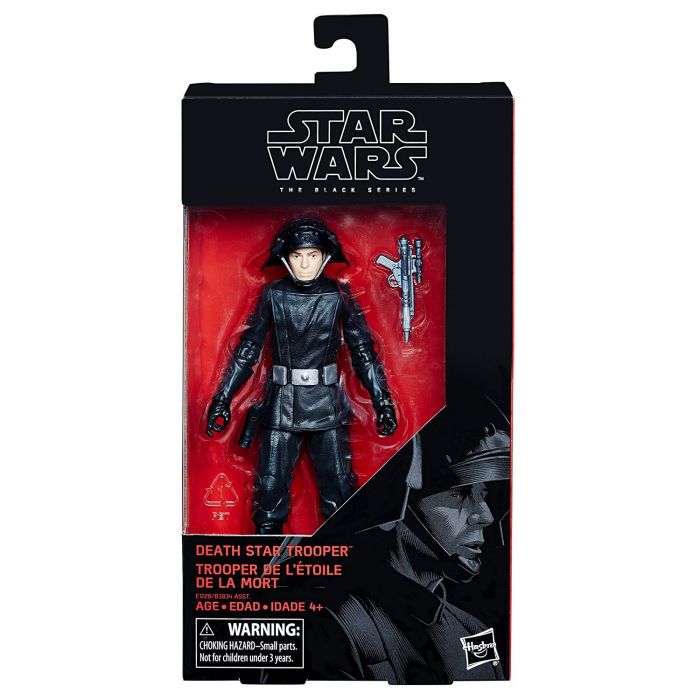