This heroic LUKE SKYWALKER figure is rendered in careful detail to look just like the character in the Star Wars: The Empire Strikes Back movie! He's dressed in a flight suit and comes with a LIGHTSABER, a helmet and other weapons for all the Star Wars adventures you can come up with. When his mission calls for a quick escape, you can deploy the zip line in his backpack! Reenact your favorite Star Wars battles or create brand new ones with this cool LUKE SKYWALKER figure! 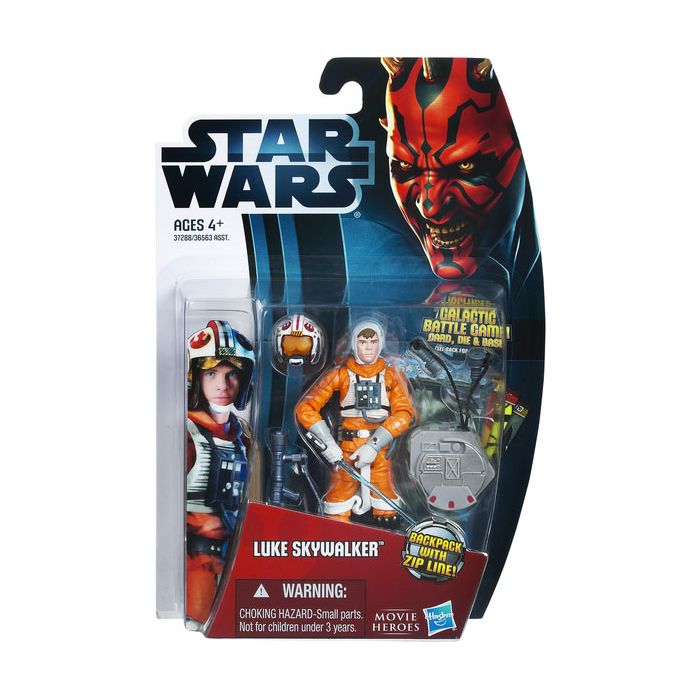