Battle droids are the perfect soldiers Â programmed to fight without hesitation and deployed in vast numbers that overwhelm opponents. Individually, though, their limited cognitive ability makes them vulnerable when they go up against skilled Jedi who can outwit and outmaneuver them.

This fierce BATTLE DROID figure is rendered in careful detail to look just like the character in the Star Wars: Attack of the Clones movie! He comes with blaster weapons for all the Star Wars adventures you can come up with, and a battle base so that he can look awesome in your collection. Re-enact your favorite Star Wars battles or create brand new ones with this cool BATTLE DROID figure! 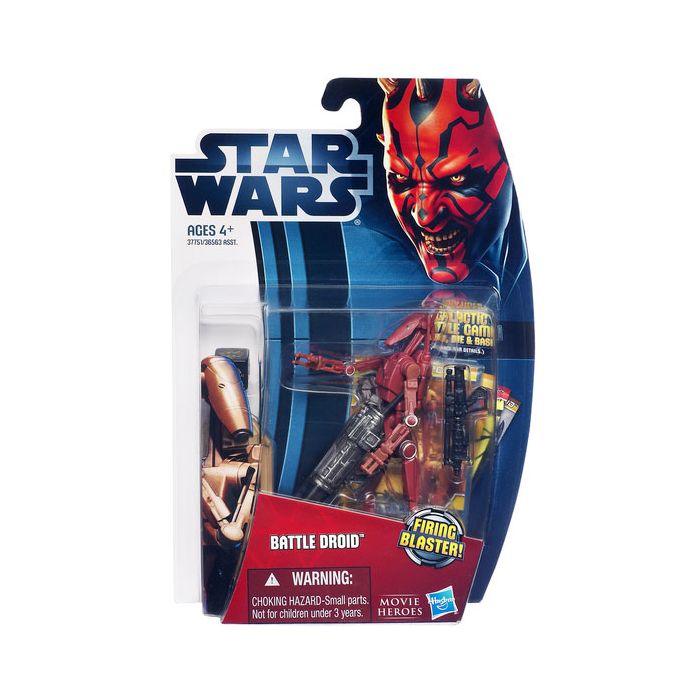