C-3PO and R2-D2 are kidnapped by Cad Bane. The bounty hunter abducts the pair of droids from a marketplace on Coruscant and forces them to reveal the plans to the Galactic Senate building.

The skies are no limit for this intergalactic battle! Your R2-D2Â, C-3POÂ, and TODO 360Â figures are in big trouble. Will they be able to prevail against your CAD BANEÂ figure? Only you can decide!


More Information
Skip to the end of the images gallery 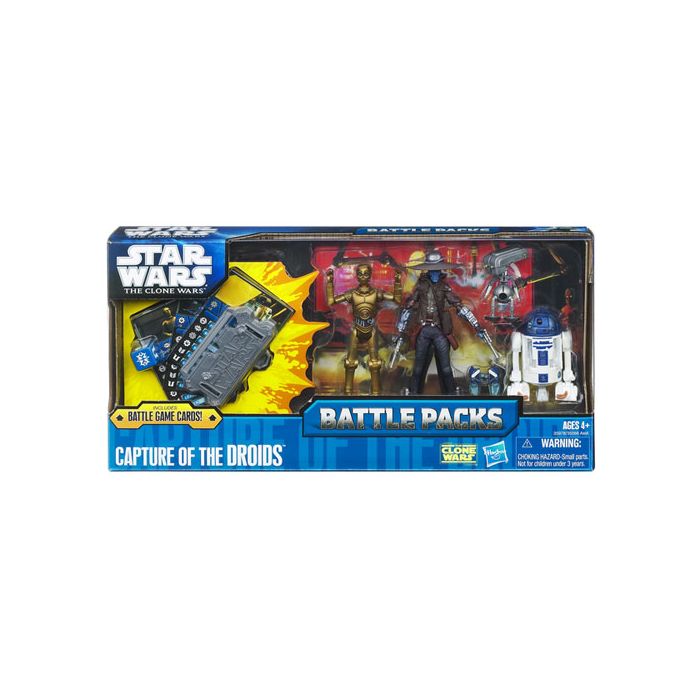