Celebrate the legendary Star Wars saga that changed the universe forever! This collection brings to life the incredible story of good versus evil that captured our imagination and took us to a galaxy far, far away. Iconic Star Wars heroes and villains are captured with incredible detail and premium features to commemorate each epic tale in the Star Wars saga. May the Force be with you! This awesome Orrimaarko (Prune Face) figure is rendered in careful detail to look just like the character in the Star Wars: Return of the Jedi film! Send him on his quest to protect his world, armed with his weapons and ready for action. Re-enact your favorite Star Wars battles or create brand new ones with this cool Orrimaarko (Prune Face) figure! 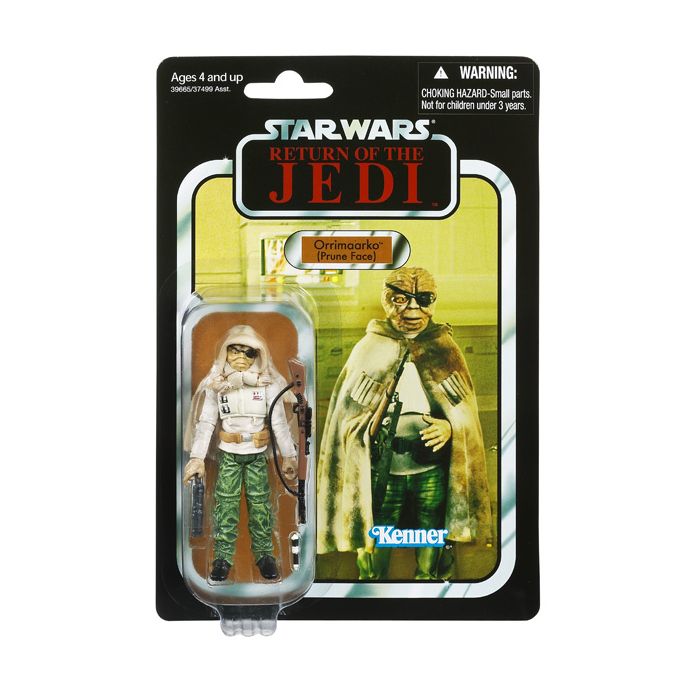