This 3 3/4-inch scale Bespin Twin-Pod Cloud Car from Star Wars: Episode V - The Empire Strikes Back has it all! Not content to merely bring back the original design, Hasbro added tons of bells and whistles. Firing rockets, opening engines, and even the ability to separate the two pods were engineered into this fantastic vehicle. Don't miss out on this fan-requested, long-awaited orange space car! 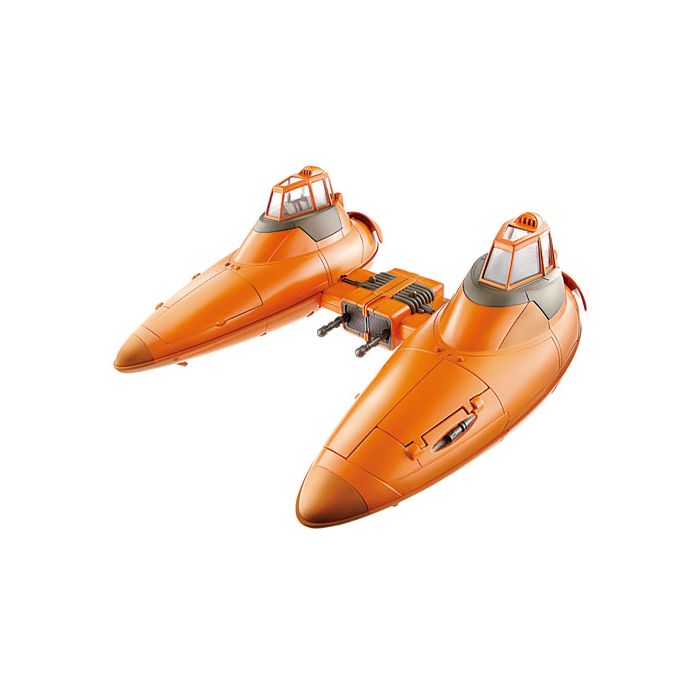