The bounty hunter Greedo is hired by Jabba the Hutt to capture Han Solo. The Rodian finds his quarry, at last, in the Mos Eisley cantina. As he and Solo eye each other across the table, Greedo readies his blaster ? unaware that Solo is doing the same thing. An intergalactic battle is raging ? and you and your Greedo action figure are about to enter the fray! Arm your warrior with his secret weapon accessories so that he?s ready to charge into combat against his fiercest enemies. Whether fighting for the fate of the universe or standing at attention in your collection, this awesome action figure puts all of the excitement of the Star Wars saga right in the palm of your hand! 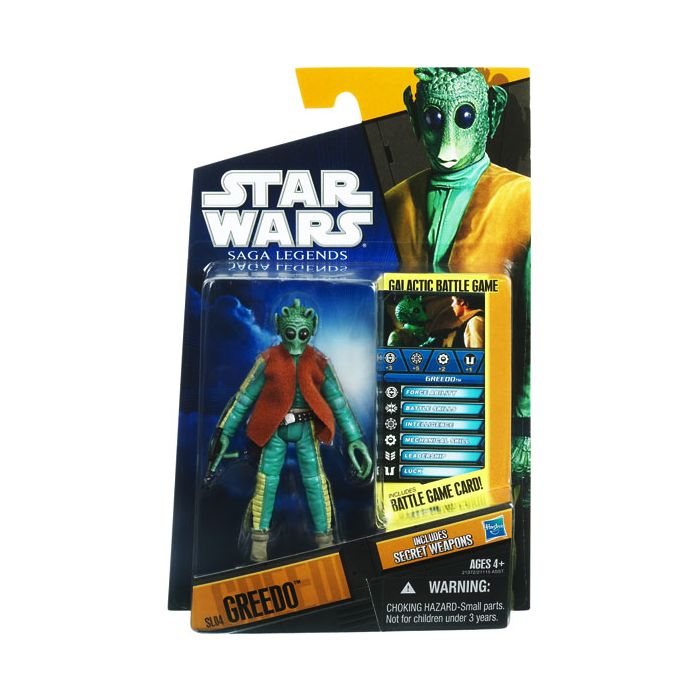