Fixer and Camie meet their friends Luke Skywalker and Biggs Darklighter at Tosche Station to work on their T-16 skyhoppers. As they make plans to go swooping through Beggar's Canyon to bulls-eye womp rats, they share their dream of leaving behind the remote desert planet of Tatooine to seek fame and glory as part of the Rebel Alliance. Get ready for twice the Star Wars story excitement with this comic-and-figures pack! First, read all about the thrilling inter-galactic struggles in your copy of Star Wars: Empire #8 - and then act out the storyline or create your own with your poseable Camie Marstrap and Laze "Fixer" Loneozner action figures. The battles are sure to be epic and the action will be out-of-this-world! Camie Marstrap and Laze "Fixer" Loneozner action figures come with blaster and dog accessories. 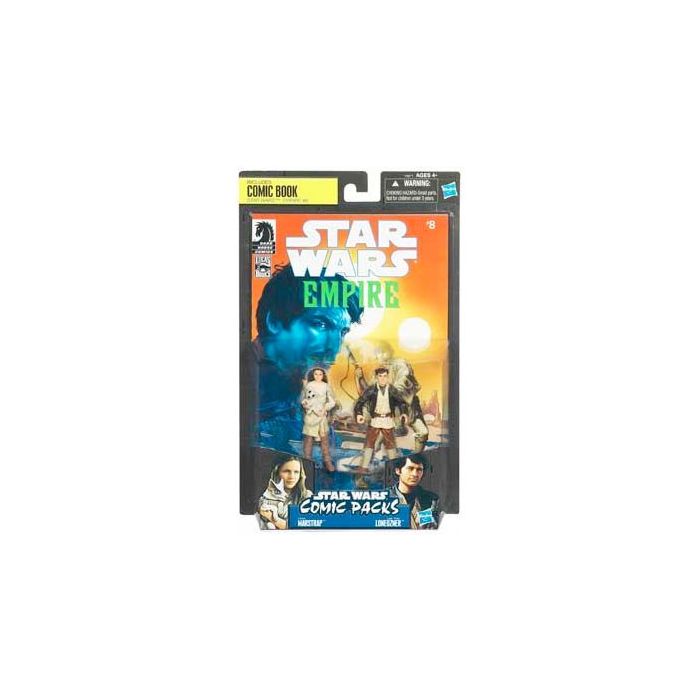