Clone Pilot Odd Ball, who received his nickname during advanced training, has participated in many significant missions in the Clone Wars. Odd ball is a starfighter pilot trained in flying V-19 Torrent starfighters, ARC-170 fighters and other standard Republic fighters.An "intergalactic" battle is raging - and you and your Clone Pilot Odd Ball action figure are about to enter the fray! Arm your warrior with his rocket-firing launcher and other weapon accessories so that he's ready to charge into combat against his fiercest enemies. Whether fighting for the fate of the "universe" or standing at attention in your collection, this awesome action figure puts all of the excitement of the Star Wars saga right in the palm of your hand! Figure comes with rocket-firing launcher and other weapon accessories, Galactic Battle Game card, battle base and game die. 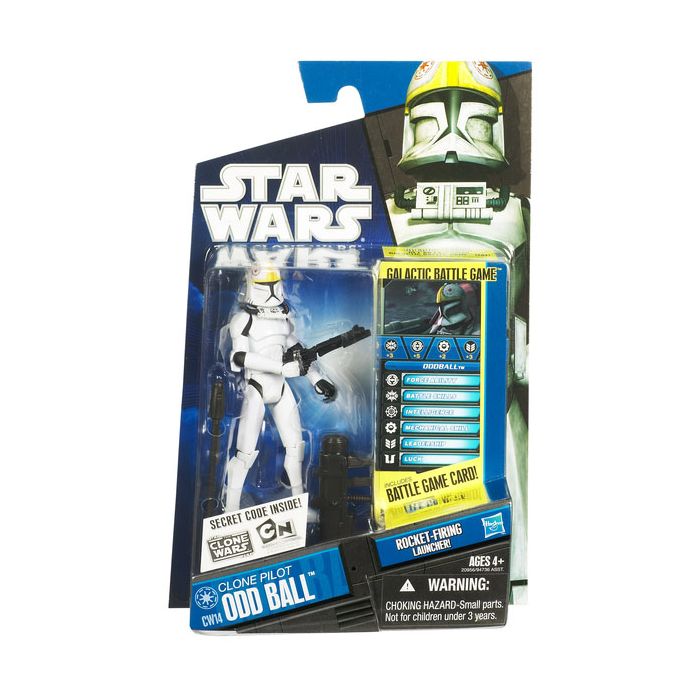