KiAdiMundi is part of a massive attack to destroy a Geonosis factory churning out dangerous new battle droids. Damaged by enemy fire, the Jedis transport crashes short of the designated landing point. As he pushes forward, KiAdiMundi and his squad enter a cave where they are attacked by Geonosian drones.An intergalactic battle is raging and you and your KiAdiMundi action figure are about to enter the fray! Arm your warrior with his lightsaber accessory so that hes ready to charge into combat against his fiercest enemies. Whether fighting for the fate of the universe or standing at attention in your collection, this awesome action figure puts all of the excitement of the Star Wars saga right in the palm of your hand! 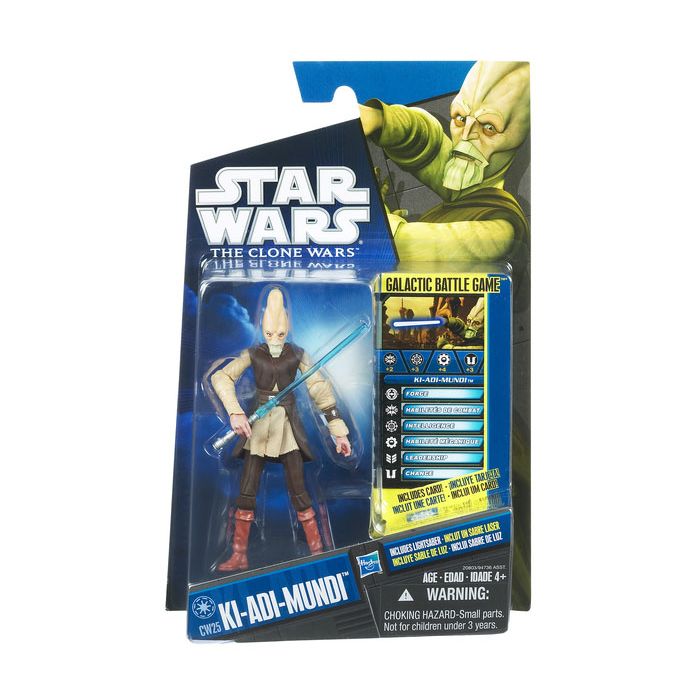