Clone trooper Hevy trains for battle on Kamino. Hevy is part of Domino Squad, which is doing poorly in their training exercises. During one battle simulation, the trooper practices with a Z-6 rotary blaster cannon. He and his squad members ultimately overcome their differences to work together successfully as a team. An intergalactic battle is raging and you and your Clone Trooper Hevy action figure are about to enter the fray! Arm your warrior with his missile-firing cannon so that he's ready to charge into combat against his fiercest enemies. Whether fighting for the fate of the universe or standing at attention in your collection, this awesome action figure puts all of the excitement of the Star Wars saga right in the palm of your hand! Figure comes with missile-firing cannon, Galactic Battle Game card, battle base and game die. 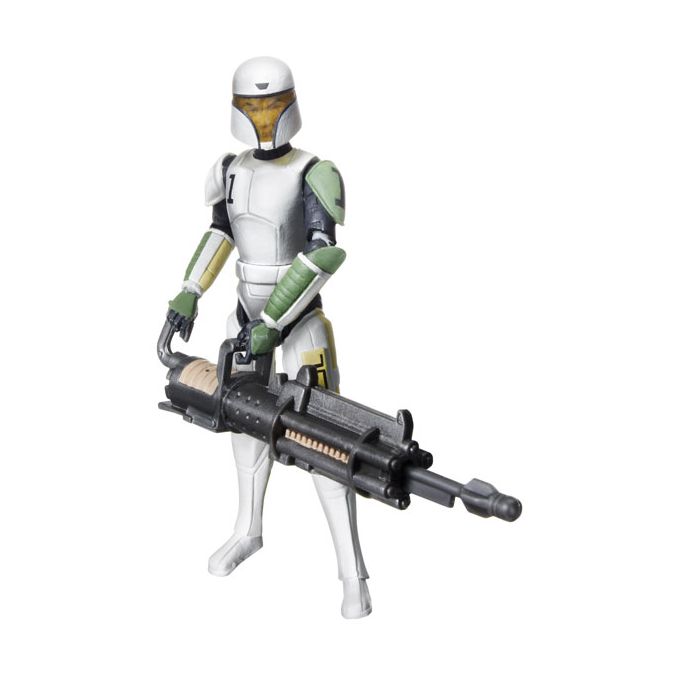