Measuring approximately 3 " tall, Clone Wars 2010 Series 01 - CW10 General Grievous features multiple points of articulation, and is accompanied by character-specific accessories, Galactic Battle Game card, battle base and game die. General Grievous is equipped with two lightsabers, and features interchangeable heads and armor sections. Harvested from among the horrific wreckage of a staged shuttle accident, General Grievous is a cyborg composed of a duranium alloy body with synthskin-bagged vital organs and LX-44 robotic legs. Designated the Supreme General of the Droid Army, Grievous, disgusted by his new body, exacts his brutal vengeance by slaughtering members of the Jedi Order and collecting his victims' lightsabers as trophies. 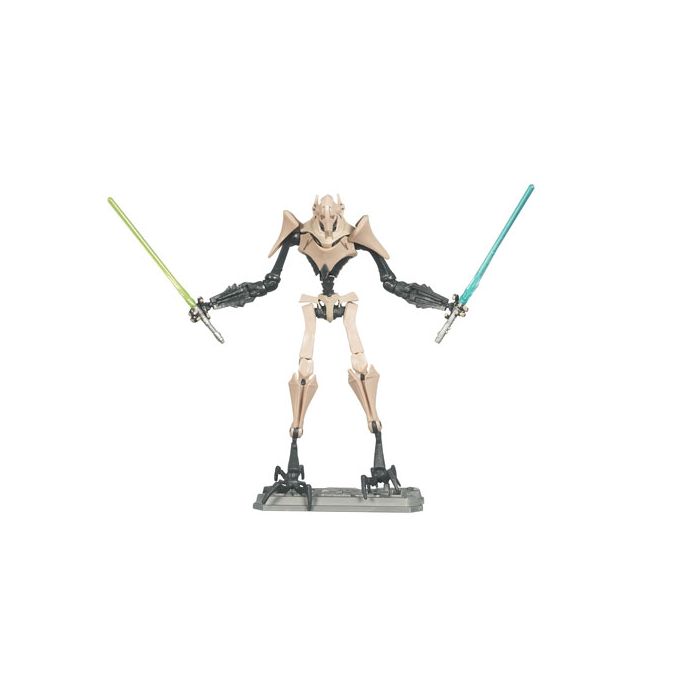