EETH KOTH is captured by General Grievous. The Jedi Masters cruiser is attacked and boarded by the Separatist general. As a member of Zabrak species, KOTH has a remarkable endurance for pain, a trait that may help him withstand the cruel treatment he undergoes as Grievous' hostage. Get ready for intense battle action when you and your EETH KOTH figure join forces! Decked out in a battle-ready outfit just like the movie character, this fierce-looking figure is poised and ready for battle. Whether standing at attention on your shelf or acting out favorite movie moments, this EETH KOTH figure and his super-cool LIGHTSABER put the future of the galaxy right in your hands. Figure comes with a lightsaber and a Galactic Battle Game card. 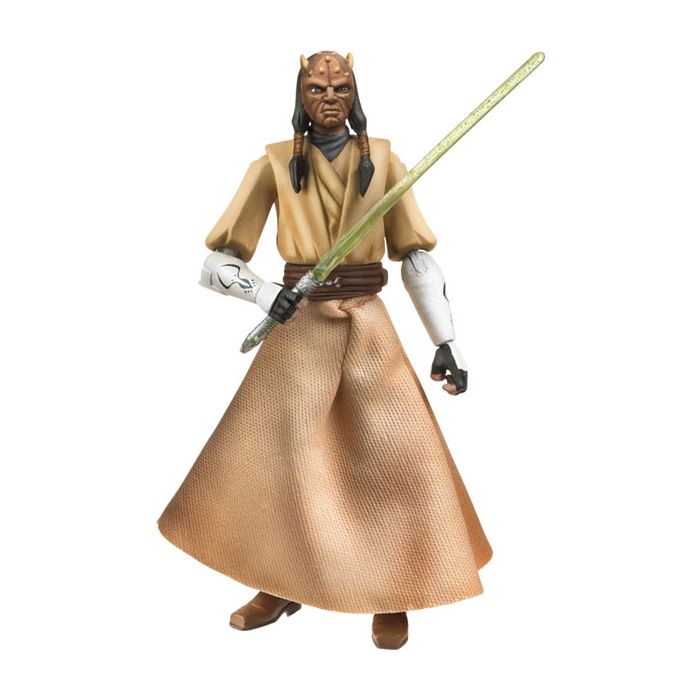