A clone trooper patrols the streets of Coruscant. The trooper is equipped with a blaster, riot shield and enforcement baton to help him subdue troublemakers. With his fellow troopers, he keeps order in the busy cityscapes that cater to everyone from diplomats to criminals. The troopers are always alert and on guard for the threat of trouble. Get ready for intense battle action when you and your RIOT CONTROL CLONE TROOPER figure join forces! Decked out in a battle-ready outfit just like the movie characters, this fierce-looking figure is poised and ready for battle. Whether standing at attention on your shelf or acting out favorite movie moments, this RIOT CONTROL CLONE TROOPER figure and his super-cool weapons put the future of the galaxy right in your hands. Figure comes with a riot shield, weapons and a Galactic Battle Game card. Ages 4 and up 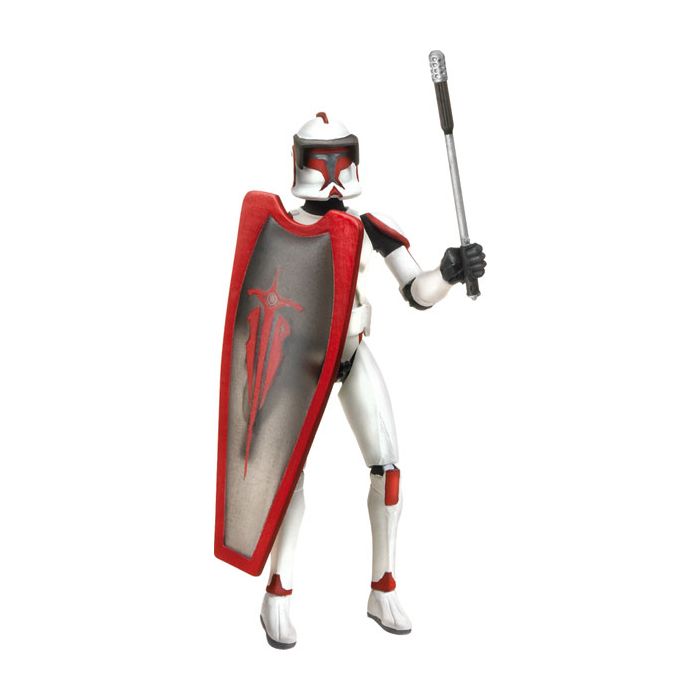