Bring the battles "to life" with this awesome action figure four-pack! Start the showdown by pitting your Airborne Trooper, Clone Commander Cody and Obi-Wan Kenobi figures against your powerful General Grievous figure. Even though it's three against one, you've still got an even fight! These four make for exciting characters even when they're just standing at attention in your collection. 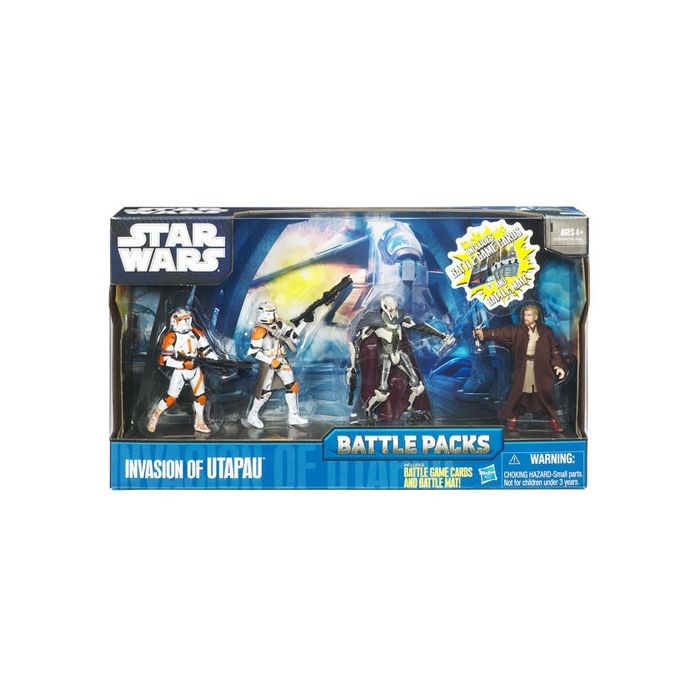