This two-pack is #5 of the 6. Includes Jedi Nicanas Tassu and Separatist Count Dooku.  Figures include green and red lightsabers.

(Packaging may have Target sticker)

The Jedi Knights rush to Geonosis to rescue Obi-Wan, Anakin and PadmÂ from execution. The Jedi brandish their lightsabers against the Geonosian warriors and the massive army of battle droids, super battle droids and droidekas. All hope seems lost that any Jedi will survive this battle, then Yoda arrives with an army of clone troopers. Although many Jedi are lost that day, others survive this climactic battle that ushers in the Clone Wars.

Gear up for Âout-of-this-worldÂ battle excitement! These two Star Wars character figures are ready to face each other in mortal combat. Your Count Dooku figure seems to carry the advantage with this sinister plans and lightsaber accessory. But the battleÂs not over yet; give your Nicanas Tassu figure his lightsaber accessory and make him use his superior skills to try to defeat the forces of evil. ItÂll be an epic fight between these two Â and the outcome is entirely in your hands! 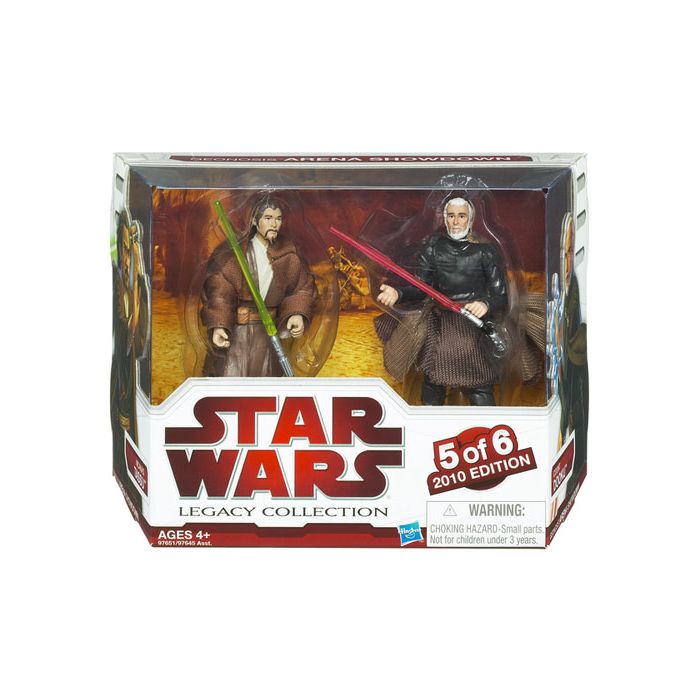