Out of stock
SKU
S19KABLUKEXWINGPILOTHELMET
$169.99
Add to Wish List

Soar into the fight against the Galactic Empire! Own this movie-accurate Luke Skywalker X-Wing pilot helmet. Features battle sounds, speech projection, a visor, and adjustment straps. Synchronized LED lights and 3 speakers create an immersive battle simulation experience, featuring energy blaster fire FX and communication from R2-D2. "Use the Force, Luke." Suit up for the Rebellion against the Empire! The adjustable-fit helmet also features a visor and speech projector, so you can gear up like the Rebels and blast into the fight against the Empire! The adult collectible includes the helmet and instructions. Ages 8 and up. - Realistically detailed, movie-accurate reproduction of Luke's X-Wing helmet. - Collector-grade quality helmet with visor. - Use the straps to adjust the fit. Fans can imagine the biggest battles and missions in the Star Wars saga with this helmet from The Black Series! With exquisite features and decoration, it embodies the quality and realism Star Wars devotees love. Collect other items from The Black Series (sold separately) to expand your Star Wars collection! 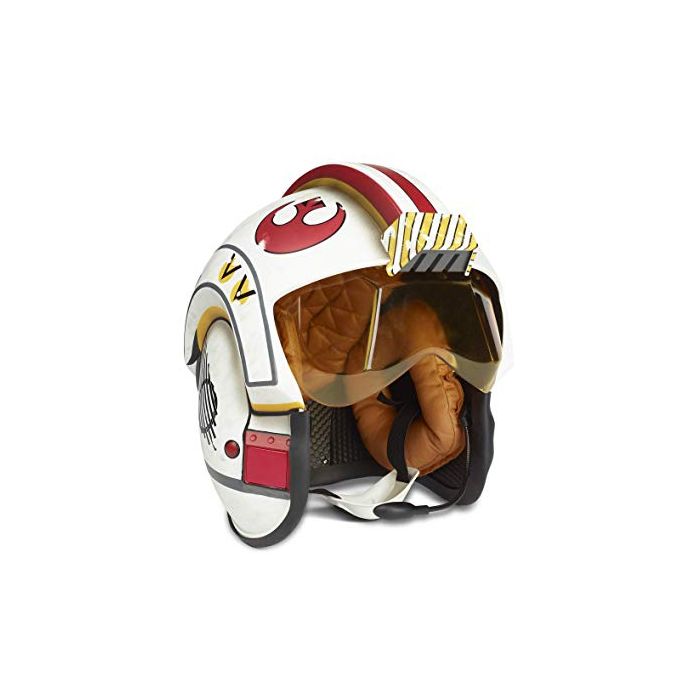