Out of stock
SKU
SSMTHERMALDETONATORSIGNATURE219
$1,999.99
Add to Wish List

EpisodeVI: Return of the Jedi

The Thermal Detonator is used by Princess Leia Organa, disguised as the bounty hunter Boushh, to convince Jabba the Hutt to negotiate a better price for the captive Chewbacca. While the device is never actually detonated in the movie, its explosive power must be quite impressive, as evidenced by the terrified reactions of the bystanders in Jabba's court.

The original filming prop was quite different from what was seen on-screen. While it appeared to be made of shiny metal in the film, the prop was actually constructed from two clear plastic hemispheres approximately 2 1/2 inches in diameter that were coated with multiple layers of silver and broknze plating. Black and brown paint was stipples into the inner and outer surfaces of the hemispheres to make the device appear weathered.

Everything included is shown in photos - Complete! 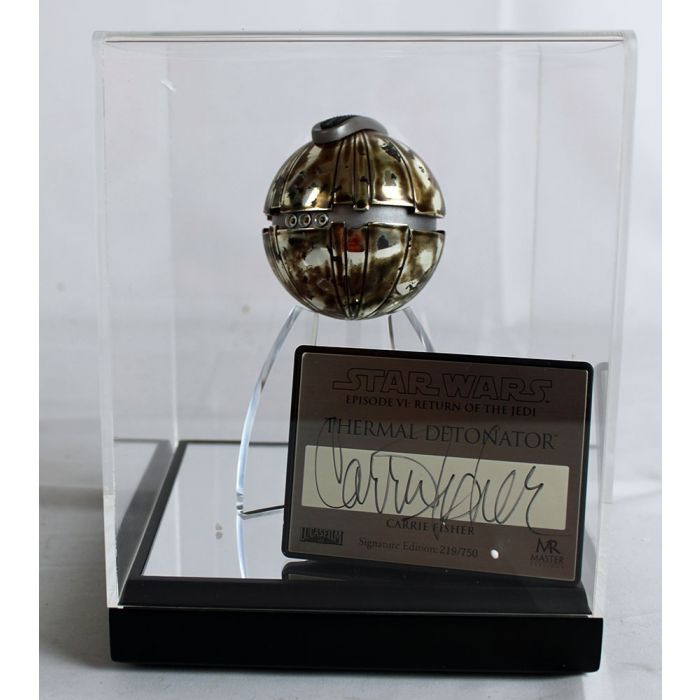