The Stormtroopers were unswervingly loyal to the Emperor and represented the most visible extension of Imperial might. They served both the ground-based armies of Palpatine's forces, and the space-based Imperial starfleet. Formidable in their white armor, their primary means of enforcement was teh BlasTech E-11 blaster rifle.

The prop makers modified the military version of a 1950's British submachine gun to create this blaster prop. To create this fearsome weapon, the prop makers modified the gun by adding plastic 'T-track" to cover the barrel vent holes. A metal strip was bent into shape and attaached to the top of the receiver in order to attach a WWII tank azimuth scope. The original 32 round magazine for teh submachine fun was shortened to hold three rounds.

Everything included is shown in photos - Item is Complete! 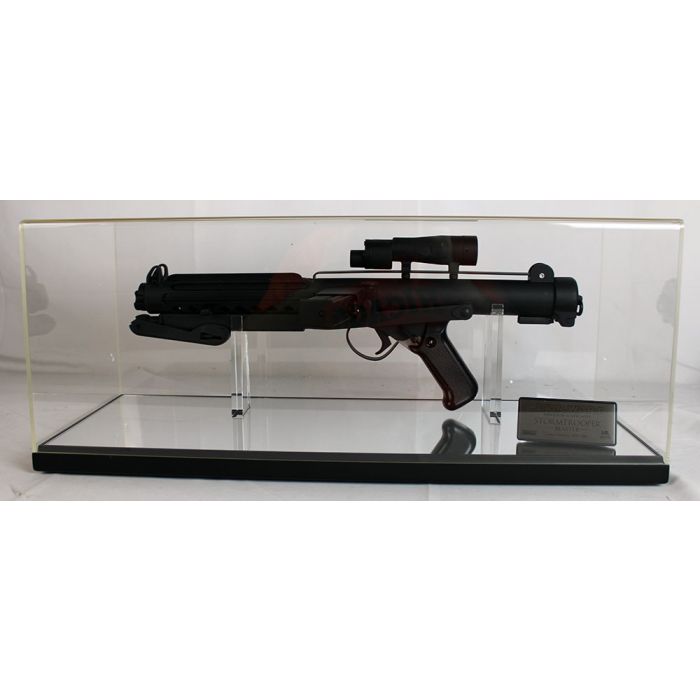