Build your Star Wars collection with this authentic and highly detailed Force FX Lightsaber from The Black Series! A true-to-story replica of Luke Skywalker’s iconic green lightsaber from Star Wars: Return of the Jedi, this authentically-designed lightsaber features a built-in accelerometer and realistic light effects and battle-clash sounds that let kids wield the ultimate power of the Force! The Luke Skywalker Force FX Lightsaber from The Black Series is also complemented by a real metal hilt and includes a clear display stand for ultimate collectability.

Recall the intensity of the pivotal lightsaber duel from Return of the Jedi between father and son and capture the moment when the embattled but lion-hearted Luke Skywalker embraces his fate as a Jedi Knight. The power of the Force is in your hands with this Luke Skywalker Force FX lightsaber from The Black Series.

With characteristic design, multiple points of articulation, and realistic features across figures, vehicles, helmets, lightsabers and more, The Black Series embodies the quality and realism of the Star Wars saga that is loved by Star Wars devotees young and old.

WARNING: CHOKING HAZARD – Small parts may be generated. Not for children under 3 years, Ages 4 and up. 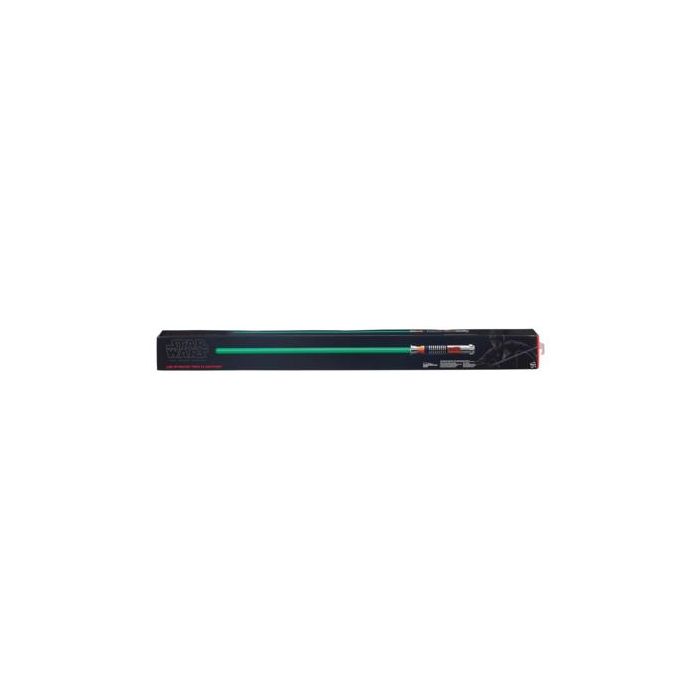